Construction Proposals: How to Evaluate Which One Are The Best?

How to Evaluate Construction Proposals

Before you start to build any projects, you should check the construction proposal first. 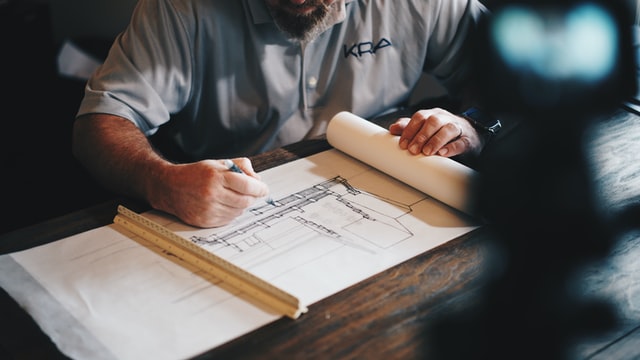 Photo by Daniel McCullough on Unsplash

For years our company participated in the public bidding market. That is bidding on government work including Local, State and Federal buildings. So we can tell you that we have quite long story of experience to give you the best construction proposal.

We worked on Court Houses, Police Stations, Parks and just about every kind of building out there. To be successful in the public market a company needs to be proficient in the trades, knowledgeable in production rates (how long things take), how to read and interpret the bid documents and also the construction proposal.

Whether you win or loose a contract, its super critical to go over your bid and compare it with other contractors after the fact. It's the only way to improve your skills. It will gives you a clear prospective on assessing bids which written on the construction proposals. On this page I will share some incites with you.

Public work is awarded to the lowest bidder. If the low bidder is 10% below the next construction proposal, he has to have his bond company certify the bid accuracy. It's a good practice.

Low bidders may have missed something and may need to cut corners to finish the contract. Every contractor awarded a "low bidder" project has an initial fear that he may have left something off. The worry is loosing money if you take the contract. So, you go through the contract, double and triple check the construction proposal before signing the contract.

High bidders are usually unfamiliar with the scope of work or are busy. So they throw a big number at it in order to protect themselves. That makes sense also, right?

All other contractors prices reside in a pack somewhere in the middle. For a contractor, loosing a bid after giving the best construction proposal is not as disappointing if your number was at the lower range of the pack.

It means that you arrived at roughly the same price as other professionals construction proposal in your industry. A bunch of experienced guys looking at the same stuff and coming to basically the same conclusion. That's not a terrible thing. The graph below illustrates the phenomenon. 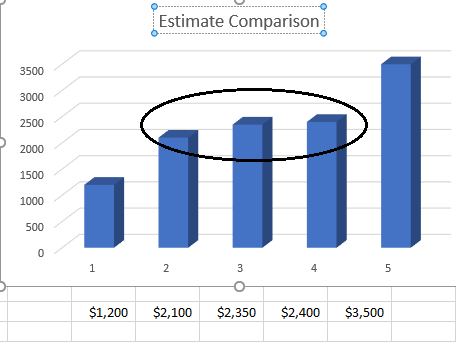 You may think I am suggesting to throw out the low and high bidder after seeing their construction proposal. Occasionally, the low bidder forgot something and will need to cut corners to avoid loosing money. And the high bidder was greedy. But I am not suggesting that.

It might be that the construction proposal from the low bidder has some trick up his sleeve and can knock the work out quickly. The high bidder might have some higher standard than the rest. The exercise is useful.

With this in mind you can talk to the contractors and narrow down the differences in each construction proposal. Ultimately you will hire the right guy for the job.

View all posts by: admin