We are Florida Certified Contractors and can work anywhere in the State. There was a time when we did public work all over the State. Public work is bid work for government agencies, City, State and Federal.  But my wife and I where much younger and didn’t mind. Today we operate in a radius about 20 miles around Boca Raton. There are exceptions but pretty much the following Cities.

Find us on google maps

Boca Raton the second largest city in the Palm Beaches, is a community where history and innovation come together. Influenced by the notable architect, Addison Mizner, Boca Raton was built around an elegant Mediterranean Revival style that later grew into a vibrant city full of rich art and culture. From live concerts and international art exhibits to outdoor festivals and world-class museums, Boca Raton's dynamic cultural scene offers unique experiences for all ages. Boca Raton has five miles of beautiful Atlantic coastline and 46 parks with 1,650 acres of recreational space to encourage a healthy and active lifestyle. One of the first cities in the U.S. to adopt a tree protection ordinance, the City of Boca Raton boasts landscapes with endless nature trails, green spaces and waterfront activities.

Boca Raton also has a thriving business community that was pioneered from the development of the personal computer (PC) at the Boca Raton-based IBM campus in 1967. Today, over 30 corporate headquarters, from innovative startups to large corporations, call the City of Boca Raton home. The Boca Raton Airport offers a customs facility that welcomes travelers from all over the world, conveniently putting them minutes away from business centers, entertainment, world-class dining and one of South Florida’s top luxury shopping malls that features a mix of upscale specialty shops and department stores.

Boca Raton has three nationally ranked universities and an abundance of A-rated public and private K-12 schools that ingrain education, research and innovation into the community. With a homegrown, educated workforce to build from, entrepreneurs and startups thrive in Boca Raton’s climate.

A true “full service” city, Boca Raton is consistently recognized for being one of the safest cities to live in and for having one of the lowest property tax rates for a full-service city in Florida. The City of Boca Raton offers a unique and unparalleled quality of life you can only truly experience when you are here. Welcome home.

The City of Boynton Beach, Florida is the third largest municipality in Palm Beach County with an estimated population of approximately 78,000 residents. Residents of Boynton Beach enjoy a tropical lifestyle with waterfront dining, abundant shopping and lively entertainment throughout the week.  With hundreds of restaurants, outdoor lifestyle shopping centers and a regional mall, residents do not have to travel outside the City to dine, shop or to be entertained.

The City operates 8 recreation centers, 29 parks, a swimming pool, a municipal beach, and lots of youth, teen, adult and senior programs.  Professional, dedicated staff members, with the assistance of valuable volunteers, manage the year-round recreation programs and activities and maintain parks and open spaces for the enjoyment of people of all ages and abilities.

The City’s history begins in 1877, when the first non-native glimpsed at the swamps, dense vines, saw palmetto, wild fig trees, cabbage palms, and pine groves along Hillsboro River which empties into the Atlantic. To the south, Key West and Miami were flourishing villages. To the north, Palm Beach was gaining renown as a fashionable winter resort. By 1890, a few houses appeared along the meandering Hillsboro River, which was named after the Earl of Hillsborough who was granted this land by King George III of England in the late eighteenth century. By the spring of 1896, Henry M. Flagler had extended his Florida East Coast Railroad down the coastline into Miami. The railroad opened up the tropical wilderness, pressing parallel against the Atlantic shore, which until then had been inhabited primarily by local fauna and Seminole Indians who lived inland.

On June 22, 1898 a post office was established at Deerfield Beach, Florida to serve a population of 20 settlers. It is said this name was chosen because of the numerous deer that grazed along the Hillsboro River. This river formed the northern boundary of Deerfield. A narrow wooden bridge crossed the stream west of the railroad, leading to another blossoming settlement: Boca Raton.

Lake Worth Beach, Florida, is a city in Palm Beach County, Florida, United States, located about 64 miles north of Miami, its name from the body of water along its eastern border known as the Lake Worth Lagoon

he geographical configuration of the community is unique in that two separate areas exist, contiguous only by water. That portion along A1A between the Lantana Public Beach and the South Lake Worth Inlet, more commonly called Boynton Inlet, is the best-known area because of travel along the main north/south highway. Sharing Hypoluxo Island with the Town of Lantana, the more secluded area of Manalapan, Florida occupies about the southern one-third of the island.

According to the 2010 U. S. Census, 406 year-round residents swell to a population of about 495 when seasonal or other non-resident homeowners are included. Only a few housing units are rentals and the residential community includes only 4% land area designated as club and commercial. According to the 2005 Florida Estimates of Population from the University of Florida Bureau of Economic and Business Research, the population is now at 355.

Through the cooperation of the parties involved, the reputation and beauty of the City of Palm Beach Gardens will be preserved and enhanced by keeping in mind the "garden city" philosophy of its founder John D. MacArthur. The City of Palm Beach Gardens, Florida remains a premiere community in which to live and work and will for future generations. As our city slogan suggests, we are "Growing Together in the Gardens".

As one of the three largest cities making up the South Florida region, and the central city of Palm Beach County, West Palm Beach, Florida is a vibrant, growing, waterfront city that offers the business advantages available in the region, combined with a more refined and relaxed environment for living and working.

Lantana, Florida is a town in Palm Beach County, Florida, United States. It is 37 miles north from Fort Lauderdale. This town is part of the Miami metropolitan area. The population was 10,423 at the 2010 United States Census.

Hypoluxo, Florida is nestled in the heart of Palm Beach County, Florida, on the shores of the Intracoastal Waterway. We are just minutes from West Palm Beach and a mere stone's throw from the sandy Atlantic beaches.

Our administration facility is built in the old Key West style. Nature buffs will want to visit our Hammock located south of the administration building. It is a natural enclave of 100% indigenous plant species.  The town also has two other parks.  The "Parks Page" on this site offers more information on all of the town facilities.

The name Hypoluxo comes from the Seminole name for Lake Worth, roughly translated "water all 'round -- no get out." The lake was later renamed in honor of Seminole Indian War colonel William Jerkins Worth. However, the name "Hypoluxo" still was associated with the area on the south shores of the lake, as evidenced by its appearance on a 1841 War Department map.  Check out our history page to find out more about Hypoluxo's famed "Barefoot Mailmen".

Pompano Beach, Florida is a Florida city just north of Fort Lauderdale. It’s known for its beaches, marinas and offshore coral reef, plus numerous wrecks and other dive sites. The long Pompano Beach Pier stretches into the Atlantic Ocean. North, along the shore, the 1900s Hillsboro Lighthouse guards the Hillsboro Inlet, an entrance to the Intracoastal Waterway. Pompano Community Park has tennis courts and an amphitheater. 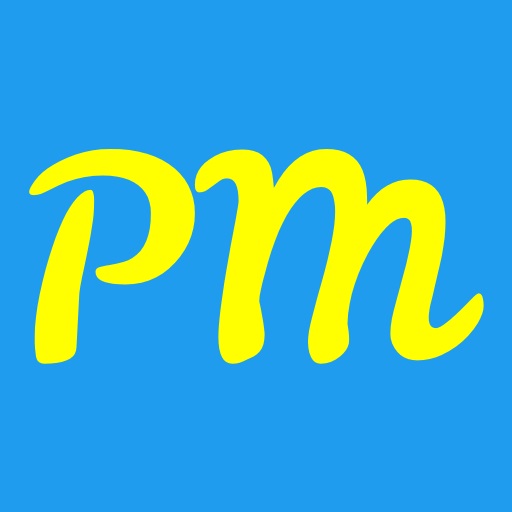